Syria – Ten years of Calvary, but we still sow “Seeds of Hope” 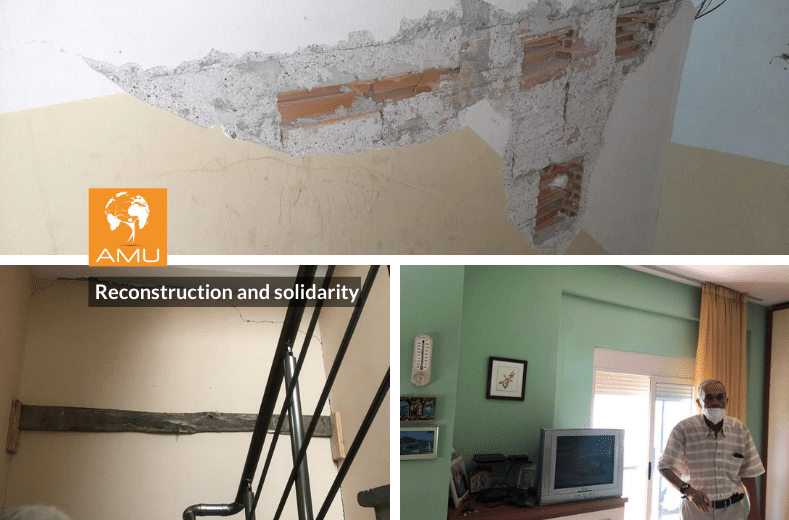 Ever since the earthquake struck Albania in November 2019, the Focolare Movement’s Emergency Response Team has been supporting a number of families in difficulty. As this work is now coming to an end, psychological support is being offered to the young people.

During the preliminary work of the Focolare Movement’s local commission, six families whose homes had suffered substantial damage were identified as being eligible for support from the reconstruction project.

The Covid-19 pandemic and the subsequent regulations aimed at preventing the virus from spreading delayed operations so the work could only begin in June 2020. In spite of this initial slowdown, 5 of the 6 families had completed the entire works process by November 2020, in accordance with the requirements of the project and the law, and managed to completely repair their homes.

The sixth family that had suffered the most damage from the earthquake, because of delays in the inspection process that were due to the pandemic, will try to use the funds received this year.

All the families were able to spend the winter months in an adequate structure. During the difficult moment of the earthquake, the solidarity of the Focolare Movement created a climate of solidarity and unity between the beneficiary families and all the members of the Movement in Albania, strengthening the unity with all the members of the Movement in the world, once the work was completed, especially considering the difficult moments that Italy was going through at that time because of the pandemic.

Besides repairing the last family’s house, the project will continue (as soon as regulations and the situation created by Covid-19 permit) with a series of training sessions for young people and adolescents who have been badly affected by the earthquake and its after-effects. The course aims to act as a support in controlling emotions and in the rehabilitation of the psychological effects of the earthquake itself.