Ukraine, a charger to bring hearts closer together - AMU

Ukraine, a charger to bring hearts closer together

Ukraine, Svetlana, fleeing with a baby on the way

Sierra Leone, a school for all! 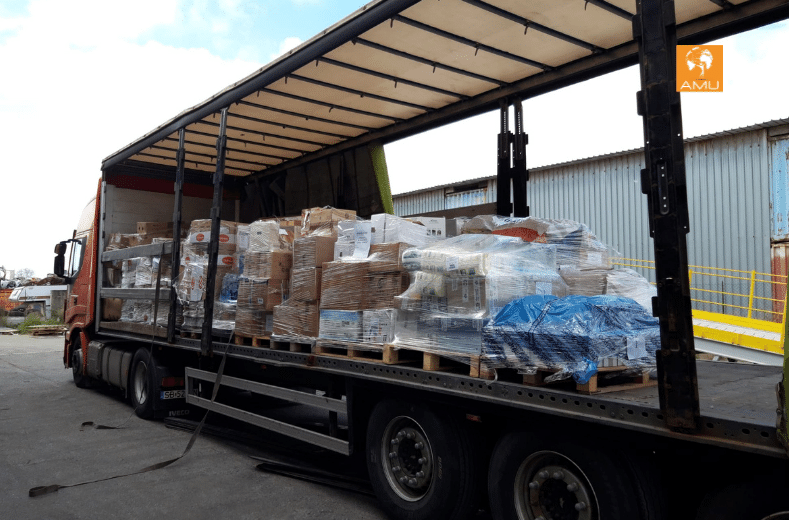 The story of the war in Ukraine is also the story of displaced people.  People who have been forced to abandon their old lives and are finding themselves in unimaginably vulnerable situations. Some are leaving their homes to seek refuge in safer parts of the country, others are managing to cross the border not knowing where to go or what awaits them. Families have been separated with the men staying behind to fight and the women, children and the elderly forced to seek help for survival, deprived of almost all their possessions. This is why, as well as trying to survive, every attempt to maintain links with one’s old life, the past and above all with loved ones, are essential for keeping hope alive and not giving up, imagining a better tomorrow.

This story is set against this background. One morning, Samuele, a sales agent for Buffetti Group – a company which supplies materials for offices and schools, read in a local newspaper about the need for power packs to be sent to Ukraine to enable displaced people to recharge their mobile devices without the need for electricity. This would enable them to communicate with their loved ones, update them and, perhaps, relieve the suffering and reduce the fear connected with the emergency and separation. 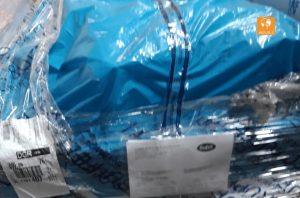 That article triggered a whole chain of solidarity.  Gruppo Buffetti decided to send 600 power packs. “We immediately made our warehouse stocks available, and we are now considering whether to continue by providing school supplies such as crayons, pencils and pens, to shelters and facilities hosting children,” said Antonella Trotta, Buffetti Group’s Marketing Manager. After the initial contacts it became clear that the biggest problem was transportation.  Lots of NGOs are already involved in sending food and clothing, and are primarily looking for medicines or cash donations. This is where Vincenzo came in, a Buffetti employee who knew about the efforts of AMU’s Emergency Coordination Team to support the Ukraine emergency. Through AMU it became possible for the power packs to be included in a shipment to Ukraine organised by Antonio, a member of the Focolare Movement in Livorno, who involved the transport company he works for (DCS Group) in an action of solidarity for the people of Ukraine.

“When the war broke out I was so shocked I couldn’t get my head around it,” said Antonio. “After everything that humanity has been through, even in these last few years, there is still someone wanting to take up arms against another man. It wasn’t enough for me to express my indignation and pain through social media, I wanted to do something concrete. So I put it to my company.  They immediately expressed their willingness to organise a truck that could bring what was needed to these exhausted people” .

In no time at all, Antonio and AMU got in touch with Caritas Poland and Caritas-Spes Ukraine who would receive the truck with humanitarian aid in Poland where it would be stored and then redistributed to the people in smaller vans.

A leaflet was prepared and circulated to staff in the company’s various offices appealing for non-perishable foodstuffs and over-the-counter medicines. Soon, the initiative spread like wildfire and the collection point received a large number of donations, in the form of both goods and money, ranging from really substantial donations to donations from people who just brought what they could spare at that time in a shopping bag.

A real chain of solidarity began where the desire to be close to the people affected by the conflict in a very concrete way set lots of people’s hearts and minds in motion, stimulated ideas and allowed them to overcome all kinds of practical problems to achieve the final result together.