Ukraine, Lyudmila: "That bread given to me filled my eyes with tears" - AMU

Ukraine, Lyudmila: “That bread given to me filled my eyes with tears”

Syria, Jacqueline’s thank you to the volunteers 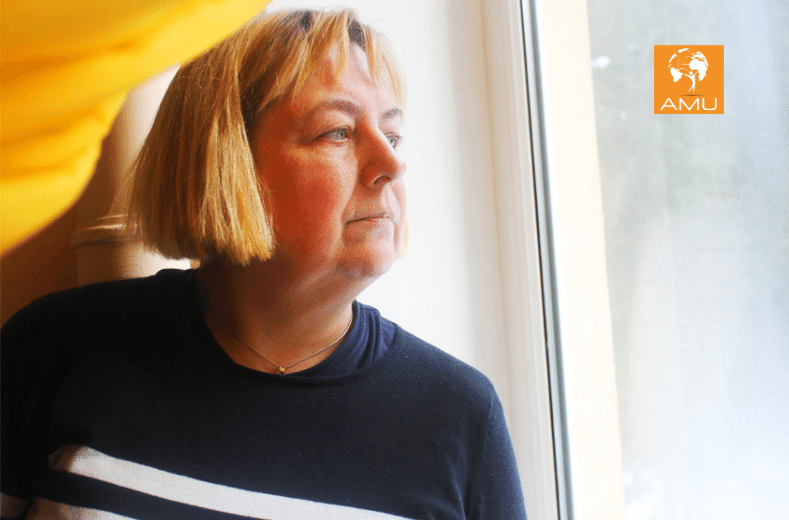 The early days of the war in Kyiv, an underground car parking area transformed into an air raid shelter, the search for a piece of bread, the generosity of those who share even the little they have. Lyudmila recounts the beginning of the bombings and the escape by train to the west, finally welcomed by Caritas Spes.

Lyudmila lived in Kyiv, in the Podilsk district. When the bombing began, she and her neighbors immediately mobilized. They transformed the underground parking area of their home into an air-raid shelter, transporting mattresses, blankets, water kettles and a microwave oven underneath. They also set up a room where the children could play together, while the men were on duty “on the surface” and the women took care of other emergencies.

Since the beginning of the war, bread was in short supply. Many shops had closed, and those that continued to work were nearly empty anyway. Lyudmila entered one of these: “I asked if they had bread, the saleswoman took a loaf under the counter and gave it to me. She didn’t want to be paid. I had tears in my eyes. I cut the loaf into slices and put it in the freezer to make it last longer. In another shop nearby, a Georgian baker was baking pita, fragrant, delicious. He gave it away to those who did not have the money”.

But when it became too dangerous to stay in Kyiv, Lyudmila decided to leave the city. She packed her suitcase, but she didn’t know how to get to the station. She went to the checkpoint boys and asked them for a ride: they got her into a car. The station was full of people fleeing the war. With difficulty Lyudmila got on a train directed to west. The journey took more than a day. Now she is welcomed at Caritas Spes: “I am Catholic, and here I am in my natural spiritual condition. My soul rests and I pray for all my relatives and for Ukraine “.
(Lyudmila’s story was collected by Agnia Bohun – The photo and text are taken from the website of Caritas-Spes)

To support the Ukrainian population, contribute to the fundraising of the Emergency Coordination of the Focolare Movement – AMU – AFN