Syria, Jacqueline’s thank you to the volunteers

Syria, hanging on to school with tenacity 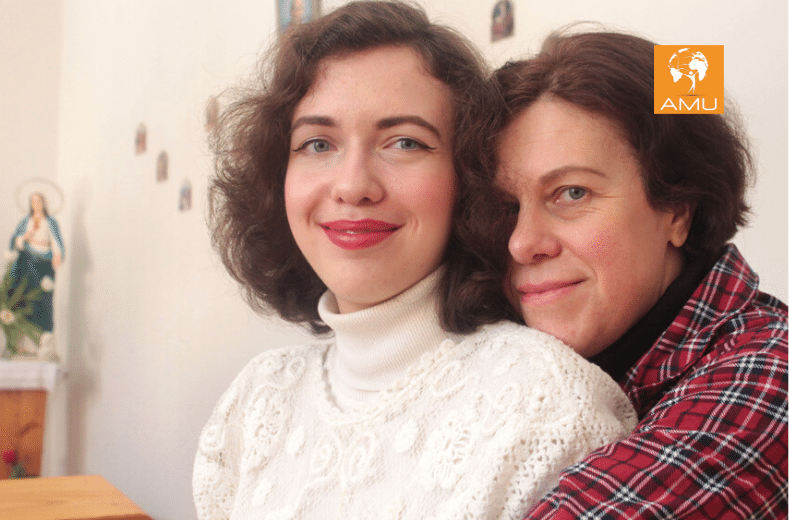 Jana and her mother remember the beginning of the war, the terror felt after February 24, the danger and the decision to leave for the west, where they find hospitality in the center of Caritas-Spes.

There is a before and after that Thursday 24 February 2022 for those living in Ukraine. The young Jana tells about it: “I woke up at 7 in the morning, with the premonition that something serious would happen. I read a message: in fact, the war had begun. My parents were still sleeping, I woke them up, they couldn’t believe it. I asked them to pack their bags immediately, I was desperate, but they didn’t want to ”. The girl tries to convince her parents to leave Kiev and go to Vorzel’s country house, but her father, a teacher, is called to set up an air-raid shelter in the school. “if dad hadn’t stayed, we would have gone to the epicenter of hell and we don’t know if we would have survived”.
Jana’s mom remembers her first few nights in the underground parking lot: “It was scary. The legs ached from the cold and the whole body was painful. So it’s been for 10 days. The explosions became more frequent. When a rocket exploded in front of my eyes and hit the TV tower, I realized that I had to take responsibility for my family ”.
At each siren Jana shudders: “We knew about the Caritas-Spes center but we didn’t leave immediately. When, after three days, we arrived in western Ukraine, we breathed a sigh of relief. It was like being in another country ”. Here Jana and her family find a bit of calm and would like to be useful to others: “My mother and I would like to volunteer”. Arriving in a safer place is also a relief for the mother: “The Lord took us to the Caritas-Spes center. They do everything to make us feel at least a little at home “.
(The text is a summary of the article that appeared on the Caritas-Spes website, from which the photo is also taken).

To support the Ukrainian population, contribute to the fundraising of the Emergency Coordination of the Focolare Movement – AMU – AFN