Syria – Games are beautiful... when shared with everyone! - AMU

Syria – Games are beautiful… when shared with everyone!

A “call of good” in Brazil 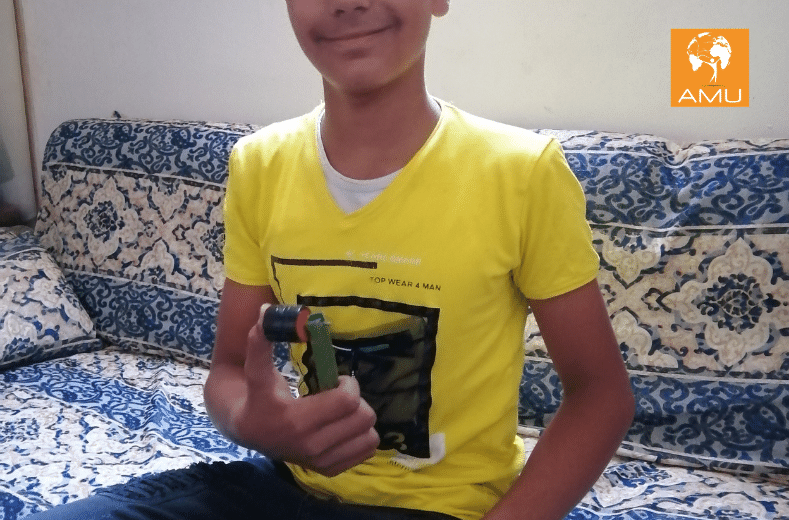 Tariq managed to reproduce a well-known toy and distribute it for free to his friends who couldn’t afford it.

It all started with Tareq’s desire to have the “bulbul” a toy that many of his peers knew about but couldn’t afford to buy. By following instructions on the internet he learned how to build it using recycled materials he found around the home. In this way Tariq also managed to build a “bulbul” for his friends, distributing them for free or selling them at half the normal price.
Tariq and his family used to live in a small rented flat in Bab al-Sebaa where he used to go to the “Generation of Hope” after-school club. Since then they have returned to their Khalidiya neighbourhood in Old Homs. They are the only ones in the building as much of the building and the district in general have been destroyed by the war.
Many children had to leave school years ago which meant that Tariq appreciated all the more how lucky he was to be able to continue his education by attending Homs’ after-school club.
The positive experiences he has had there and everything he learnt both about school subjects or just by being with others, have given Tariq such a sound formation that if you ask him what school he went to before he came back to the neighbourhood, he only mentions the “Generation of Hope” after-school club, even though he regularly attended day school.
The values of gratuitousness, attention to others and the desire to be the protagonists of a different future that are conveyed in the “Generation of Hope” after-school club in Homs are reference points for the children who then put those values into practice in the most original ways.