Syria, Azar and his much-desired birthday

Mexico, work and sharing to make a fresh start 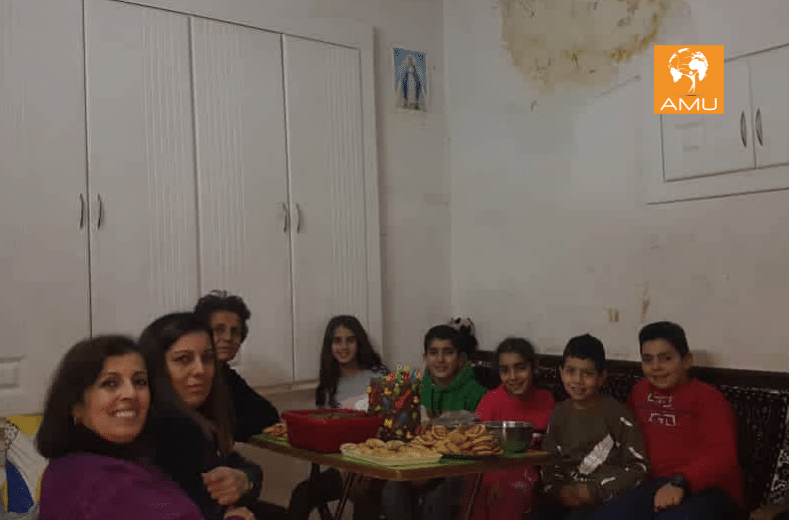 In Syria, even a simple birthday surprise can make the plight of the children more bearable.

In Damascus, Syria, the “Seeds of Hope” project is offering assistance to the most vulnerable families with monthly income support, enabling them to cope with their ever-increasing expenses. In a situation where the consequences of the war and the embargo have led to soaring prices and widespread unemployment, many families rely on aid provided by the NGOs for survival.

Azar and his family are one such family. His mother is unemployed and suffers from mental health problems. He and his four siblings live in a very old house and still go to school. His father was kidnapped at the start of the war and they have no idea how he is. The only support the family receives is assistance from Seeds of Hope and occasionally from other associations.
The project workers are in constant contact with the family because they have understood their extraordinary and very difficult situation. As with all of AMU’s projects, a relationship of trust and respect has developed with the family providing support that goes far beyond material help.
This is one of the reasons why the project workers wanted to give Azar a surprise because they knew their last visit would coincide with his birthday. A cake and some special food created a party which provided a moment of serenity and joy to alleviate a context and daily routine marked by difficulties and sacrifices.

Azar was so enthusiastic, excited and pleased to receive such unexpected attention and immediately invited his closest friends to celebrate with them!
“I never imagined celebrating my birthday! It has been my dream for so many years!”

And these simple words were enough to repay the effort of the project workers having to deal with the extreme poverty of Syrian families every day.