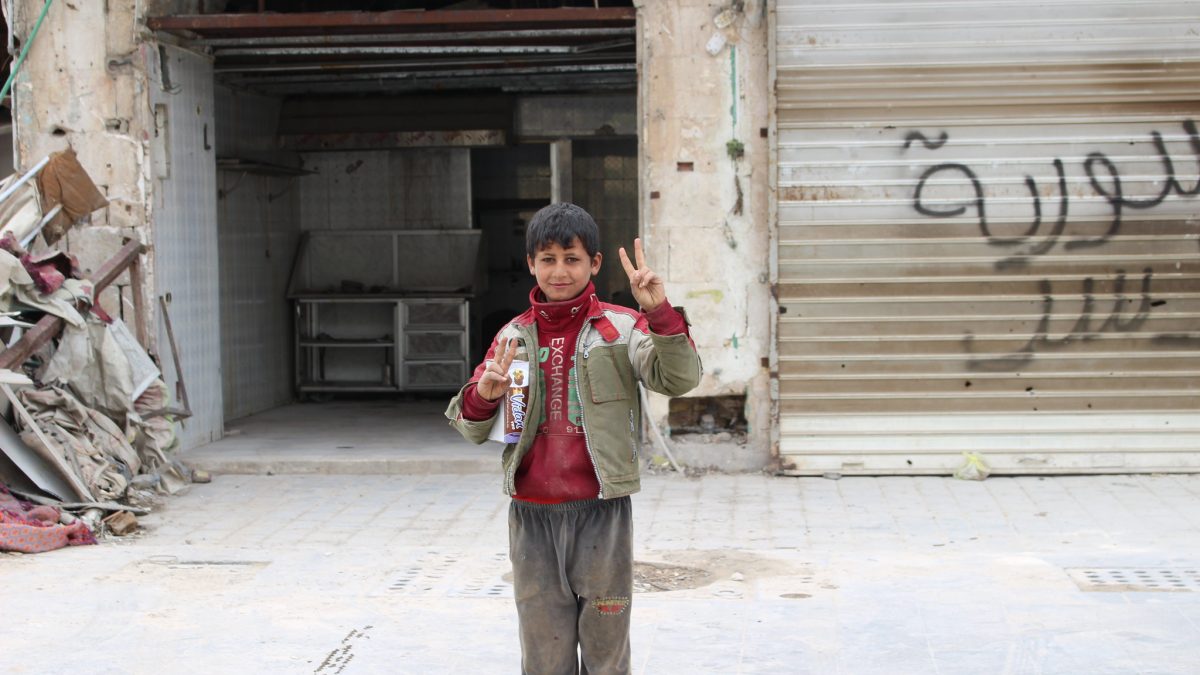 The Syria crisis erupted on March 15, 2011. Since then, war has ravaged the country for years, bringing serious psychological, economic, and social consequences.

In those years, unemployed people had to spend all of their savings just to survive and pay their medical expenses; a number of people had to abandon their home and move elsewhere, which brought to yet another problem: overpopulation.

Several evacuated families or families living below the poverty threshold had no choice but to relocate in poor neighbourhoods far away from the city centre with little if any access to humanitarian aid, ending up isolated and helpless.

In the last few years AMU has been an active presence in the most affected areas thanks to the “SYRIA EMERGENCY” PROGRAM. It included projects related to health and social services, including treatment for cancer and dialysis; basic income support for families (for instance for those who could not afford to pay rent, heating, food); education, offering access to good level classes; professional training aiming to provide job opportunities so that they could become financially independent.

The Kfarbo and Homs socio-health project was financed with the UBI contribution per project for € 93,300.05

The project budget has been covered

People in vulnerable and precarious situations 816 evacuated people or poor family members 641 children and kids in the 6-17 bracket from evacuated families, orphans, or with psychological traumas; hearing-impaired children; 803 indigent people affected by some common illness or chronic disease such as cancer, diabetes, kidney failure, and/or need surgery, have a physical trauma or disability because of the war; 70 unemployed working-age women and men.