Lebanon: rising from the rubble

Burundi, from water to community development 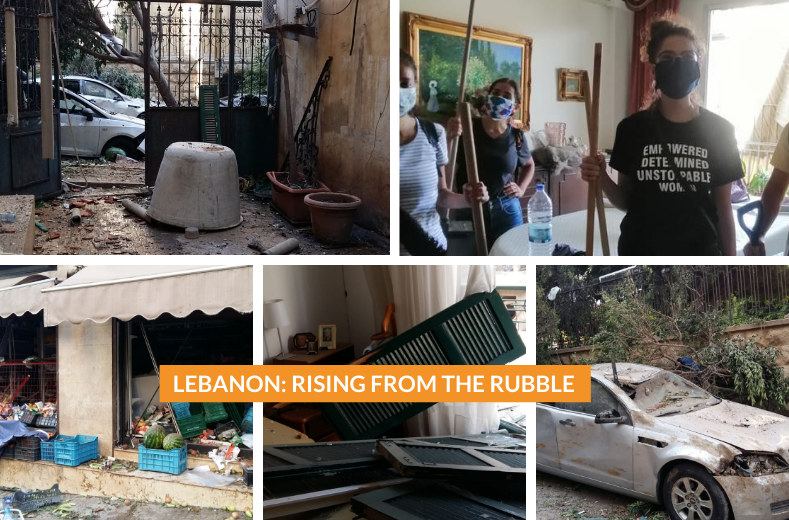 After the devastating explosion in Beirut on the evening of August 4th, the local Focolare community and the New Humanity association set to work to meet the most urgent needs of the people affected by the disaster.

More than 100 dead and 4,000 injured caused by the huge explosion on Tuesday, August 4th at around 6.10 pm local time in the area near the port of the Lebanese capital Beirut. Glass doors and windows were broken up to a distance of 10 kilometres from the disaster area. The government speaks of about 300,000 people made homeless.

Even before this catastrophe, the cedar country was already facing a severe economic crisis, which was further reinforced by the effects of the coronavirus pandemic. According to official sources more than 45% of the population lives in poverty and unemployment has risen to 35%.

The explosion on August 4th was another major blow not only to Lebanon’s economy and infrastructure but also to the morale of a people who have suffered so much violence in recent decades.

Like all humanitarian associations, the Focolare’s “New Humanity Movement ” has set to work to help those most affected. With the help of the local community of the Movement, the Mariapolis Centre “La Sorgente” in Ain Aar in Beirut has been made available for those who have lost their homes. Groups of young people and adults have made themselves available to help families and people most affected, putting together needs of different kinds: from food to cleaning materials .

————————————————————–
The contributions paid on the two current accounts with this purpose will be managed jointly by AMU and AFN.
There are tax benefits for these donations in many countries of the European Union and in other countries of the world, according to the various local regulations.
Italian taxpayers will be provided deductions from taxable income, up to 10% of the income and with the limit of € 70,000.00 per year, with the exception of donations made in cash.