In Homs, Dima dreamed of returning to play - AMU

In Homs, Dima dreamed of returning to play 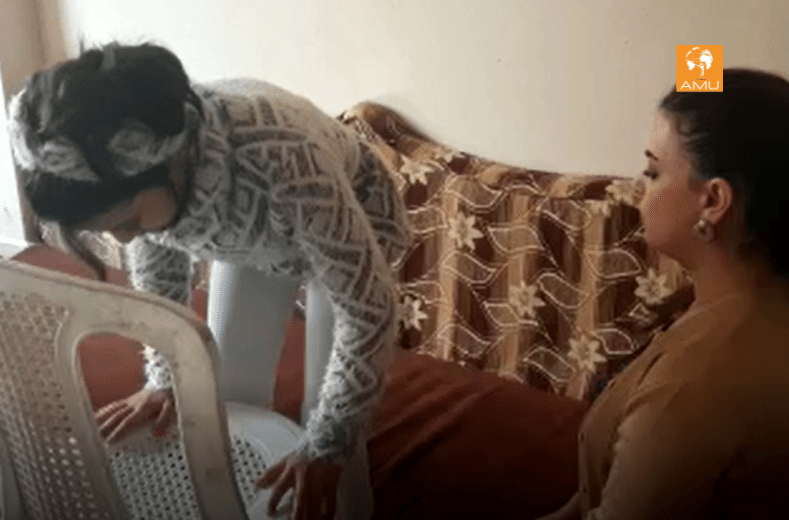 Thanks to physiotherapy and treatment provided by the centre in Homs, Dima is taking ‘giant steps’ towards fulfilling her dream of being able to go out and play freely with her friends.

In Syria many children with disabilities are unable to receive treatment and rehabilitation because the war and international sanctions have made public services inefficient and specialist care very expensive.
Dima is 10 years old and severely paralysed. She is in the third grade but has had to interrupt her studies due to her illness. Since March she has been receiving treatment at the Khatwa physiotherapy centre which is part of the Seeds of Hope programme in Syria.
Her family experienced the horrors of war and had to face its severe consequences. They were forced to flee from Palmyra to Raqqa and then to Homs. Dima’s mother is an office-worker, her older brother attends high school and is due to graduate this year, while her two younger brothers had to leave school to help their father sell cardboard and used items.
When they arrived in Homs, despite their precarious financial situation, Dima’s family tried to continue with the treatment and therapy that had been interrupted in Palmyra where the rehabilitation programme had achieved remarkable results. Unfortunately, the pause caused Dima’s condition to deteriorate and she lost all the benefits of her progress. Once in Homs there were several interventions to try to recover the situation, with the last one being on 3 January 2021. After that treatment at the “Khatwa” centre began. When she arrived, Dima was not able to move but the therapist started to work with her until, slowly, she managed to stand up again and take her first steps.

It was the encouragement and trust built between Dima, her family and the therapist that gave her hope again. An intense period of exercise and tests began which are now making her dream come true: to wear her new party clothes and go out to play with her friends.