Fazenda da Esperança has been repaired after the 2019 typhoon (Philippines)

Mexico – Shelter of Hope, from emergency to place of welcome

Sierra Leone, COVID19 triage is up and running 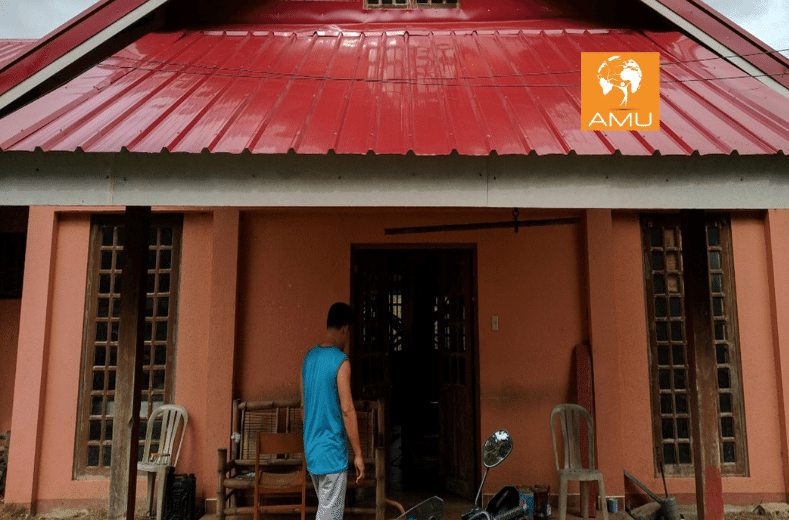 On the island of Masbate the Fazenda accommodates around 23 boys and girls on the road to recovery from families experiencing serious economic and social difficulties.

In December 2019, the typhoon damaged the church and reception facilities, so the Emergency Coordination Team of the Focolare Movement, of which AMU is a member, committed to supporting the Fazenda in the repair of the roofs and to insulate the premises.
Many companies had to stop working during lockdown and for eight months it was difficult to buy and take delivery of materials. Moreover, the island of Masbate was hit by six further typhoons in 2020. Heavy rain and wind tested the robustness of the Fazenda’s houses and, with the heat of the dry season, caused further problems to the structures.

All the work planned has now been completed, the roof of the chapel has been repaired, the ceiling and lighting have been fixed and at the end of the year the first mass in 11 months was celebrated in the chapel. 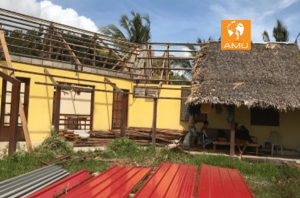 The facilities are once again safe for the children. Agricultural activities, handicrafts, bakery and livestock breeding, which all support the Fazenda itself, have resumed.

The stories we have received speak of moments of discouragement and concern: the shelter is the only safe haven for these young people who have decided to share their fragility and face rehabilitation together.

The great effort and commitment put into restoring the infrastructure of the Fazenda has moved many guests and helped the community to promote its mission.
Young people can now follow the rehabilitation programme in safe and comfortable surroundings.

AMU allocated € 33,478.99 to reconstruct the roofs, ceilings and lighting in the two men’s houses, Casa San José and Casa Peñafrancia, the women’s house and the chapel.
When that work was complete, there was a small surplus from the funds which the Fazenda will use to repair the damage incurred by the other structures because of the typhoons that hit the area