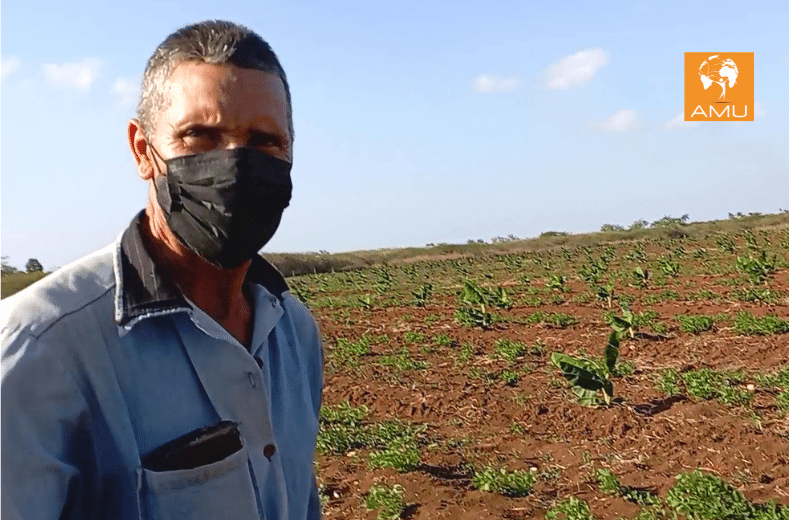 In the community of Tabor in Cuba Iván has embarked on a new entrepreneurial adventure with the support of the Economy of Communion HB. And now he dreams of expanding his farm in the spirit of reciprocity and inclusion: “I would also like to sell the products of other farmers in the area”.

Iván lives in Tabor, Cuba, and worked for several years as an English language teacher. With the help of HB EdC which supports those who want to stay on the island and start their own businesses, Iván decided to embark on a new journey. “My adventure began in January 2020 when I took part in the EoC congress”.  He started with a small vegetable plot of just half a hectare, now with support from the EoC he has expanded to cultivating twenty-four hectares.

Iván now grows flowers, but also beans, rice, maize, peanuts, melons, yucca and bananas.  And more: fruit trees such as coconut, mango, avocado and guava. However, his plans haven’t stopped there: ‘I would like to expand production, build a house to improve living conditions on the farm and also build a small fruit juice shop’. In short, there are plenty of ideas for the future: “We dream of buying a tractor and improving trade by selling not only our products but also those of other farmers in the area. I am convinced that together we will achieve this goal’. 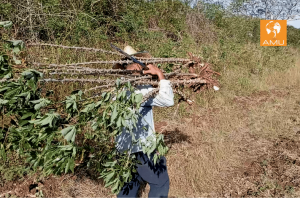 Iván’s brothers work with him on the farm. At certain times of the year, twelve more people join them. In this part of Cuba, there is also a conspicuous shortage of foodstuffs. In order to put the concept of reciprocity into practice, Iván has donated his food products to a number of institutions in the area, such as hospitals. Iván’s enterprise is part of a Reciprocity Fund that aims to collaborate in the development of other entrepreneurial activities on the island of Cuba, and he is grateful and proud of this: “I would like to express my gratitude to all the people who have contributed to this agroforestry project.”