Ukraine, Victoria and her dream of going back: “I would still like to cultivate my vegetable garden” 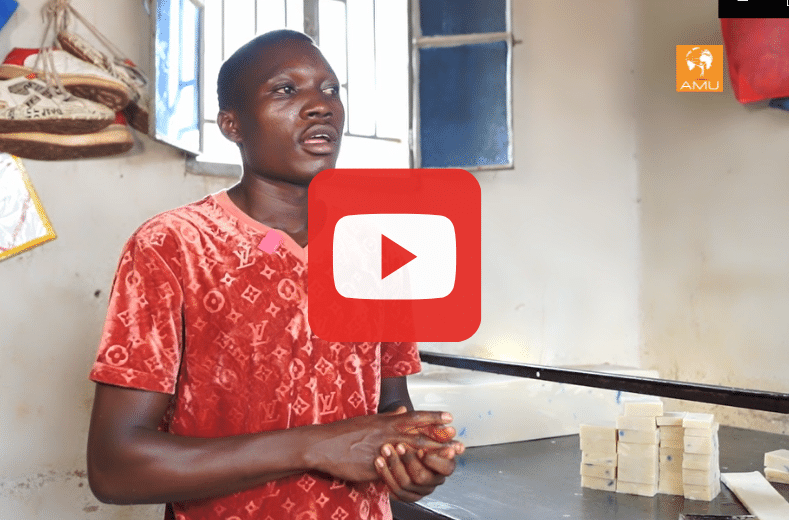 After trying various different jobs, Richard came across the community micro-credit groups, and it was thanks to these that he was able to start his soap-making business which has grown so much that he can now start other projects that will also support his community.

It was not easy in the beginning but thanks to his determination, the support of the community micro-credit group and the accompaniment provided by the Casobu team, Richard now has a well-established business. He produces up to 420 kg of soap a day, has employees and has bought what he needs to continue production as well as some land where he would like to move to and expand his business even further.

Thanks to the “It’s possible! Community Microcredit and Microfinance” project in Burundi, Richard has been able to fulfil his dream of having an income-generating business. He now wants it to keep growing, also so he can give others the opportunity to have a job and be autonomous.

In this video Richard tells us his story and his latest goals!

Support the “It’s possible!” project in Burundi and people, like Richard, who want to start and expand an income-generating activity.